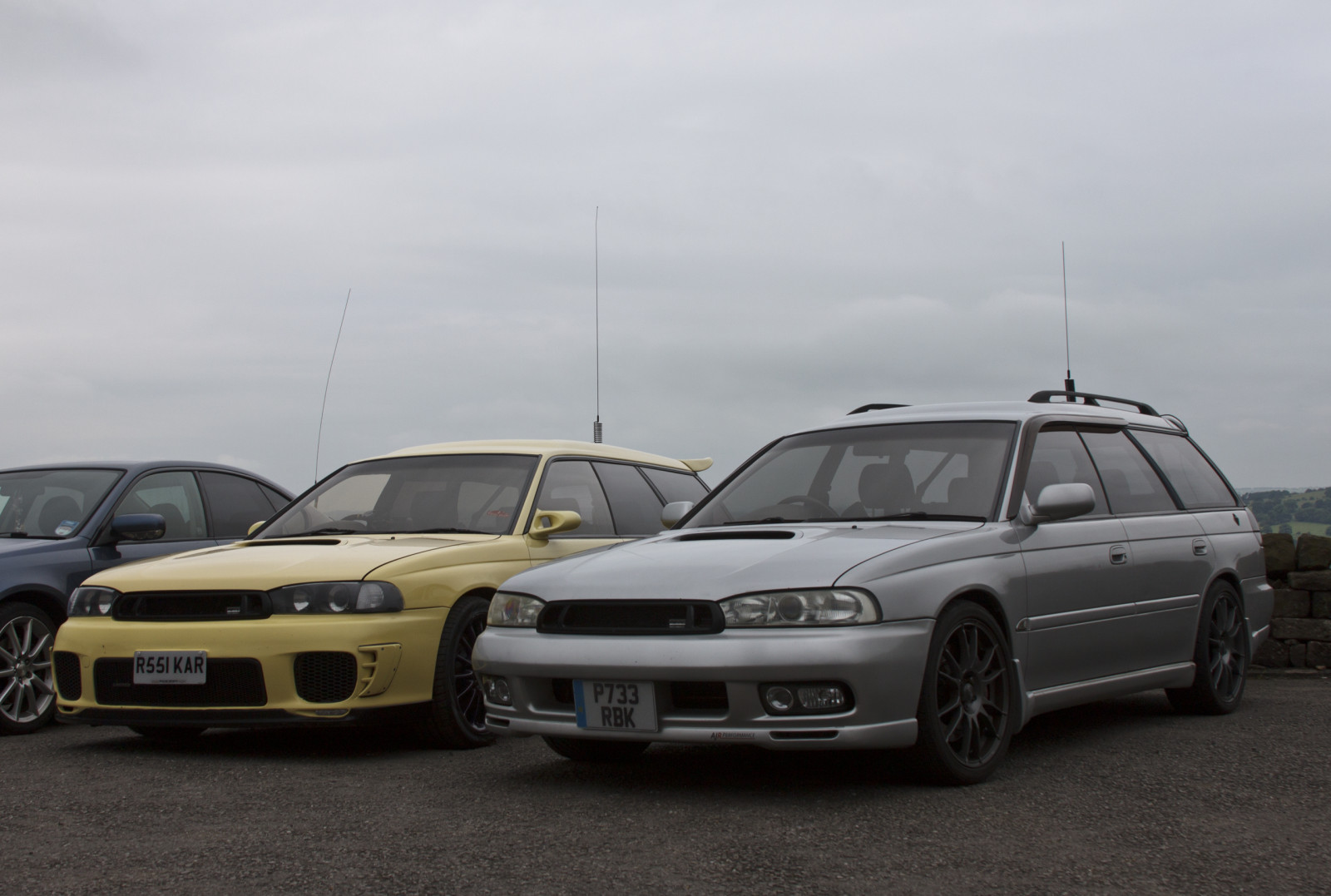 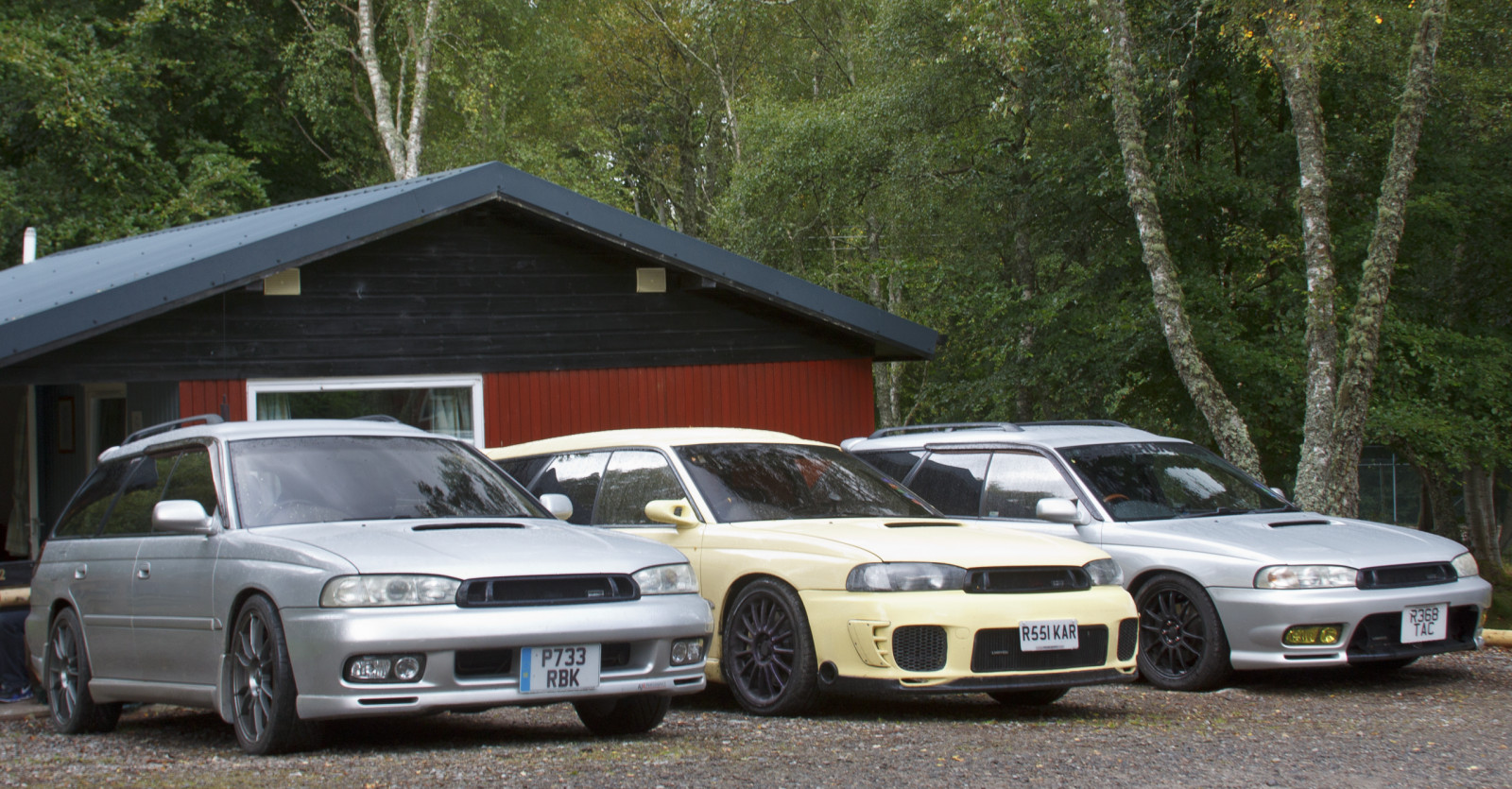 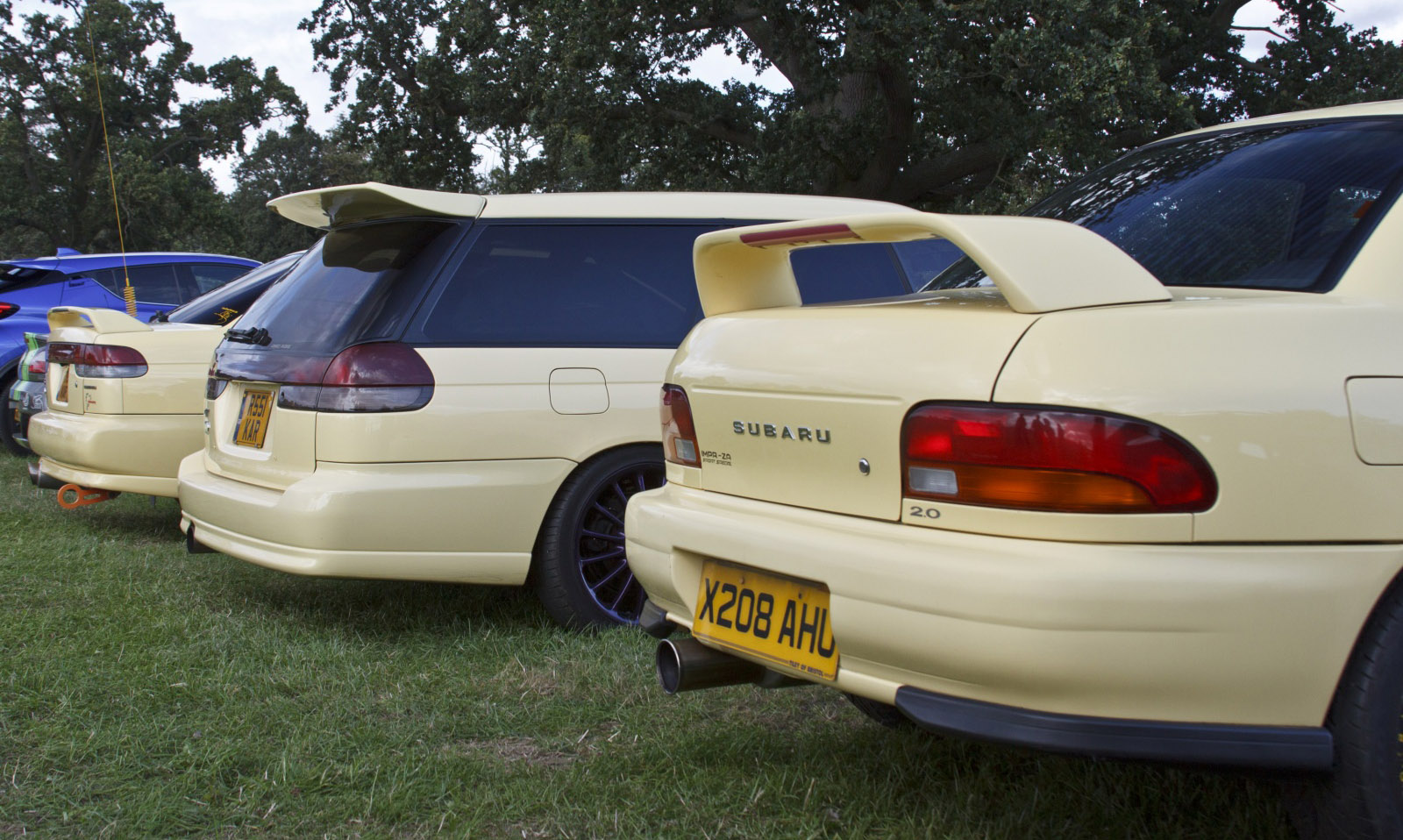 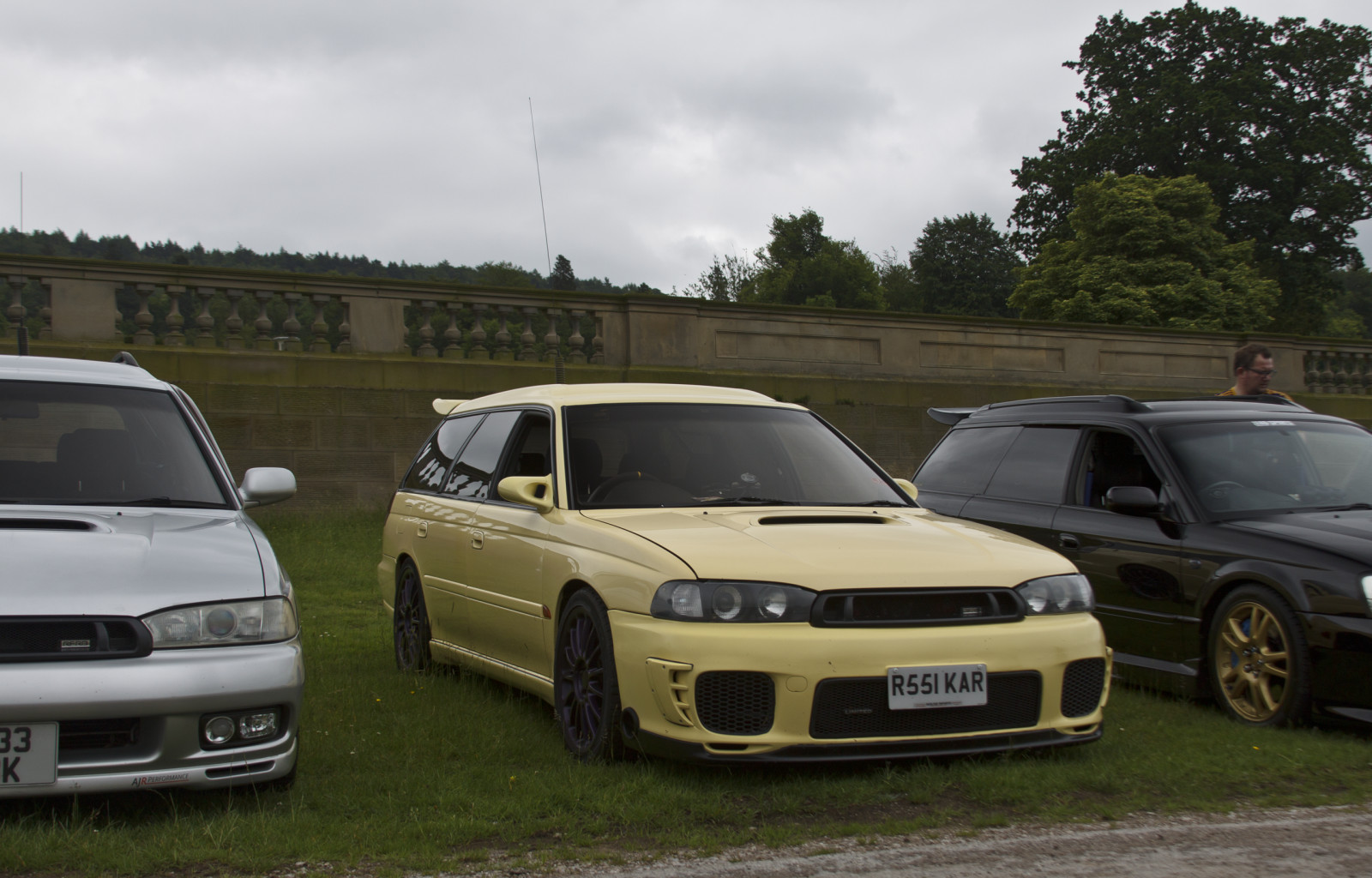 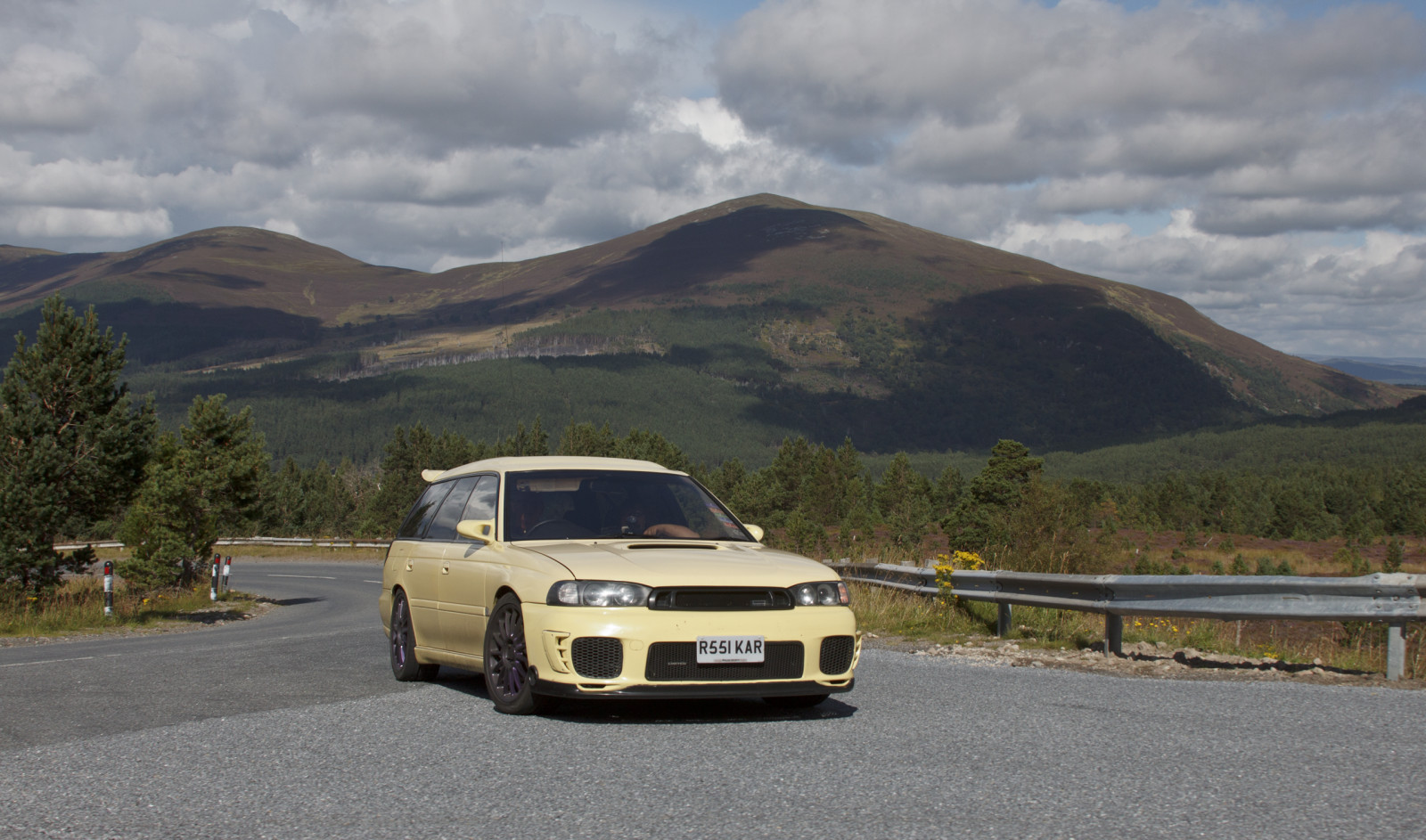 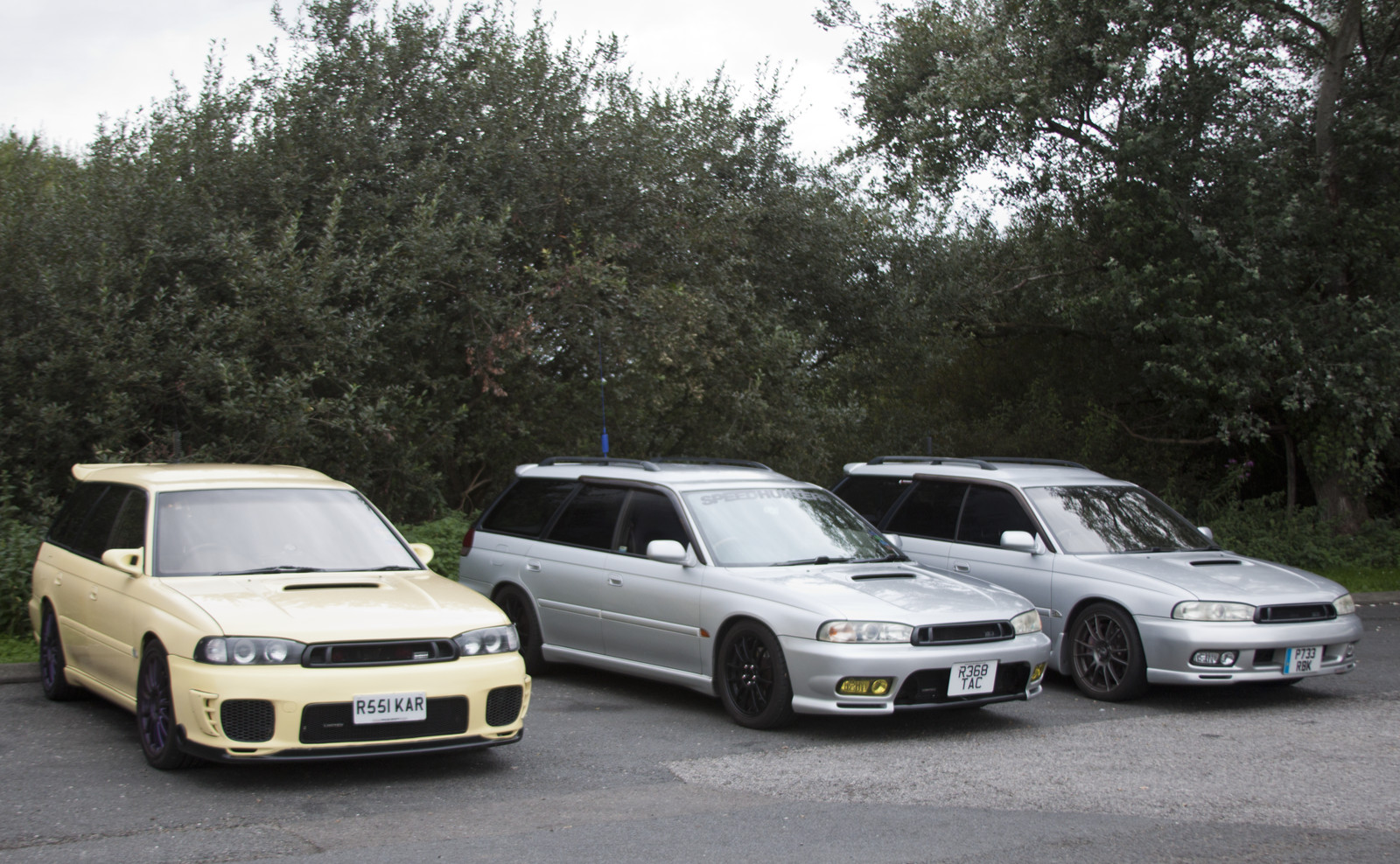 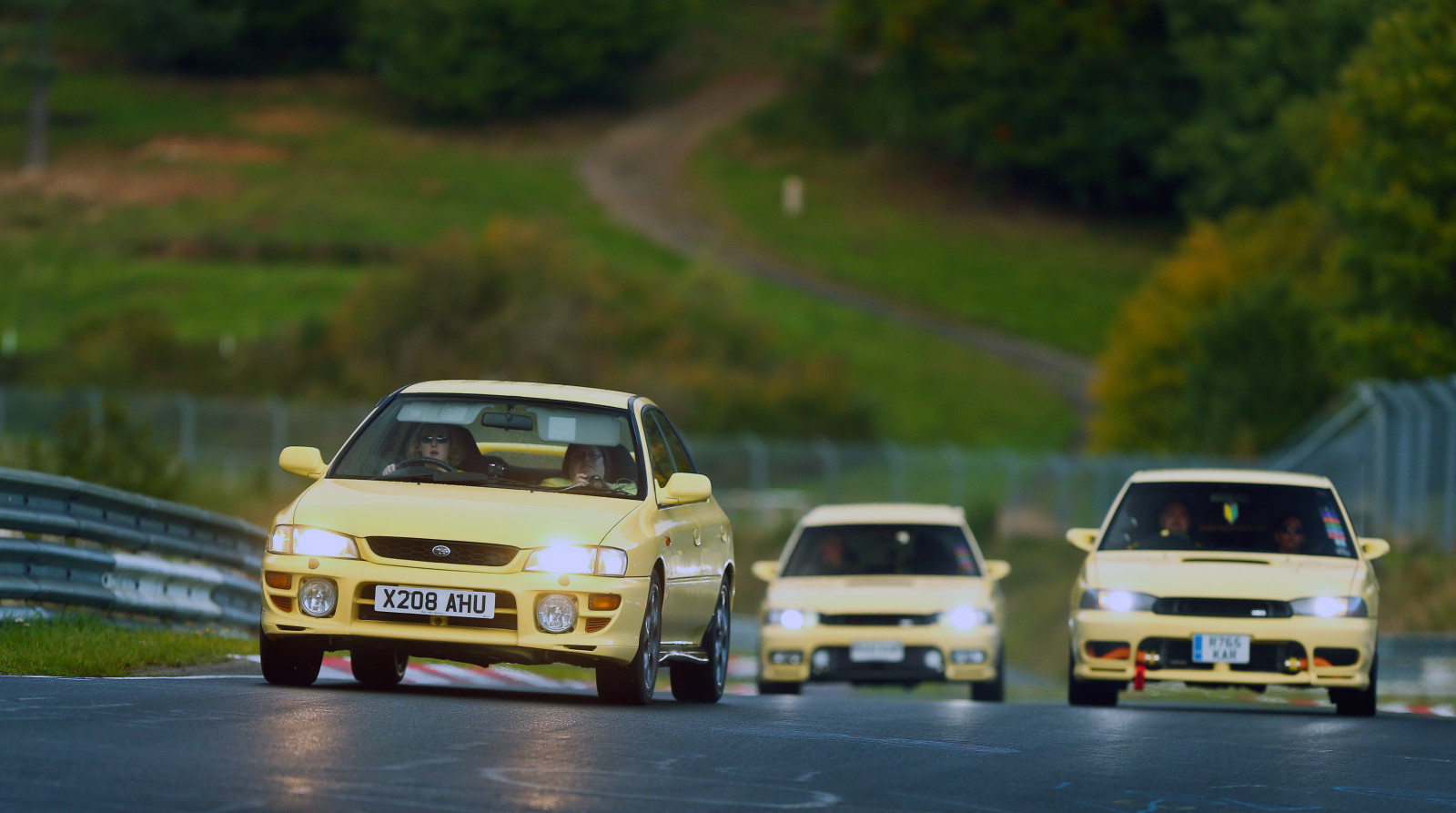 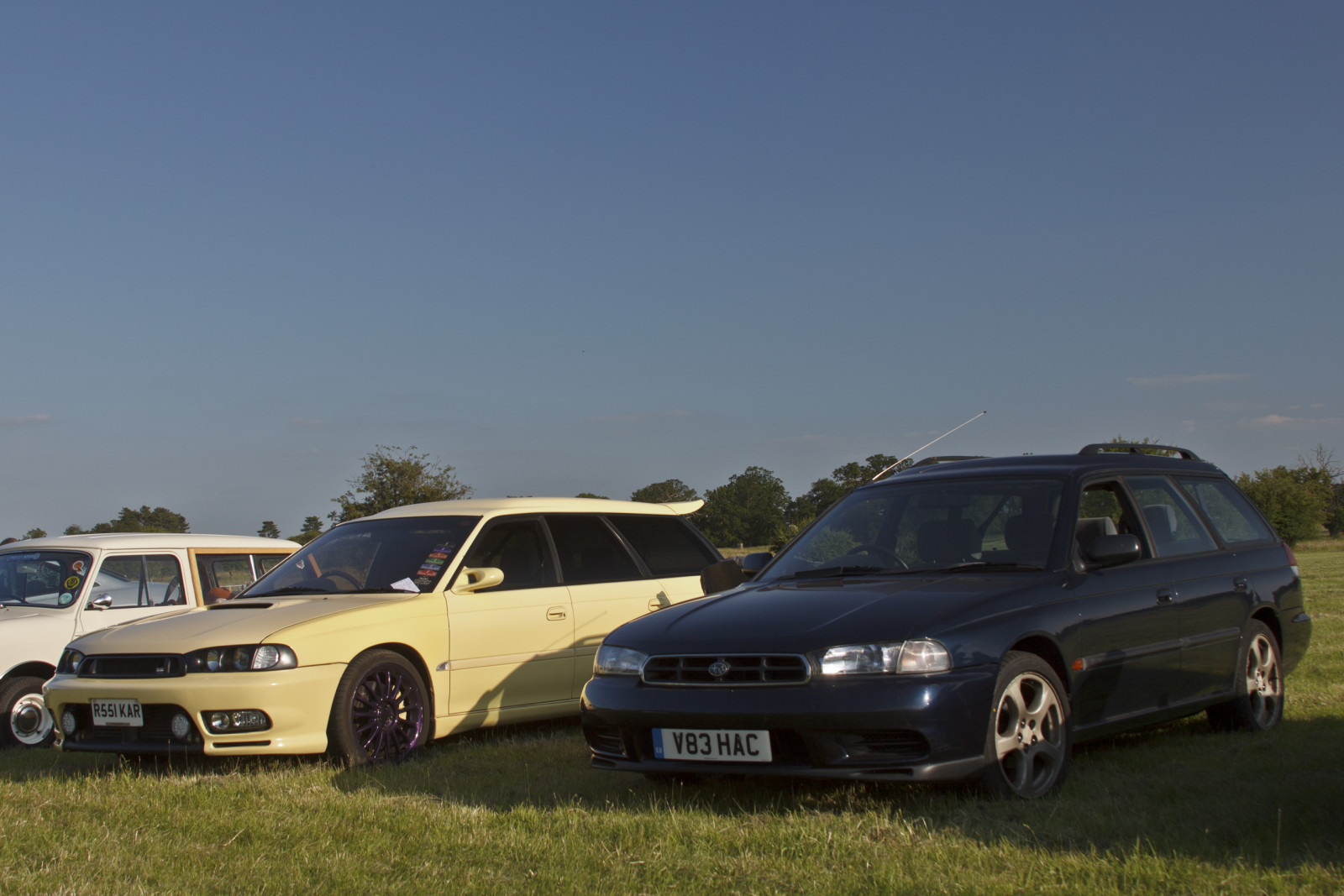 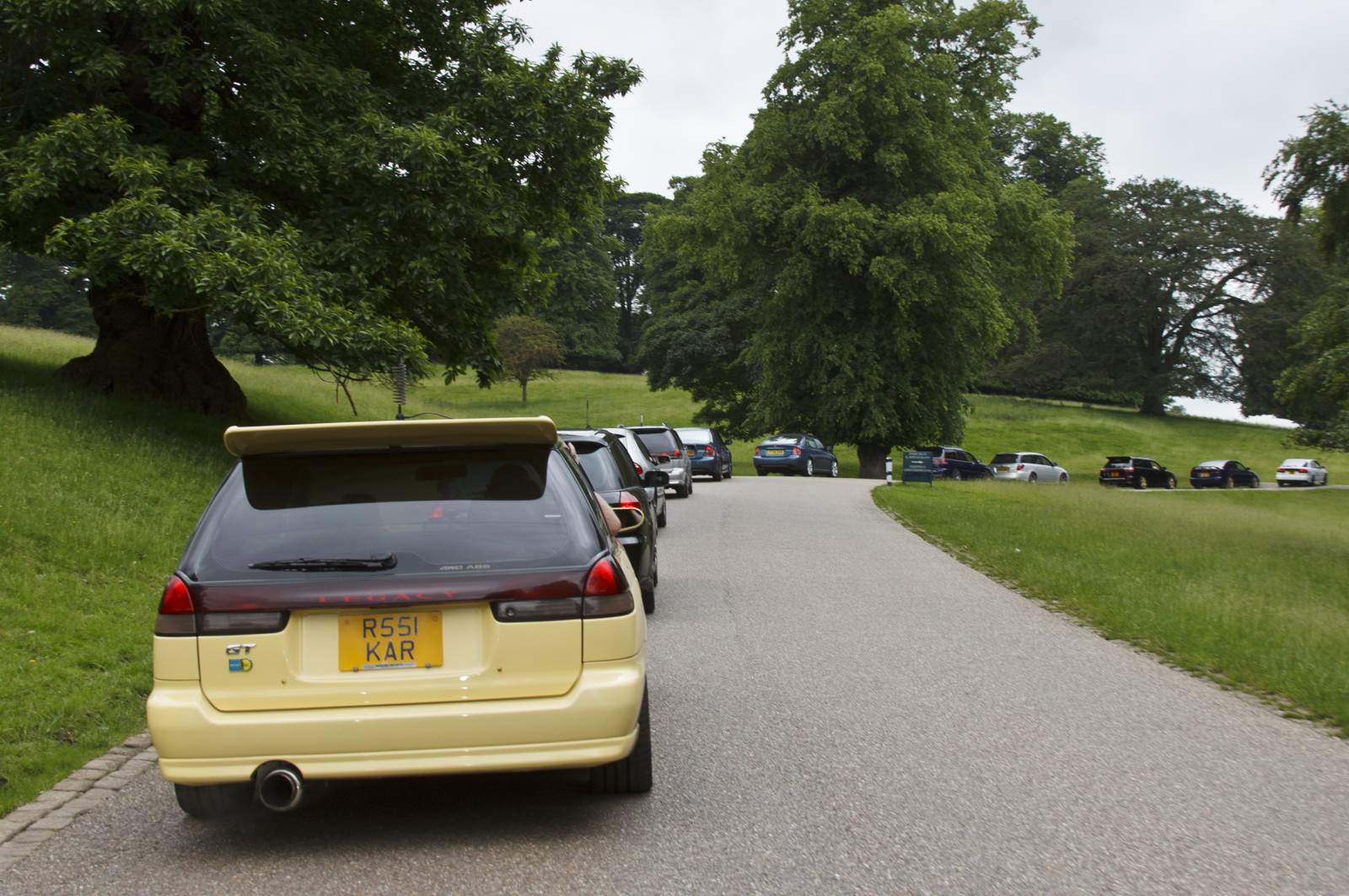 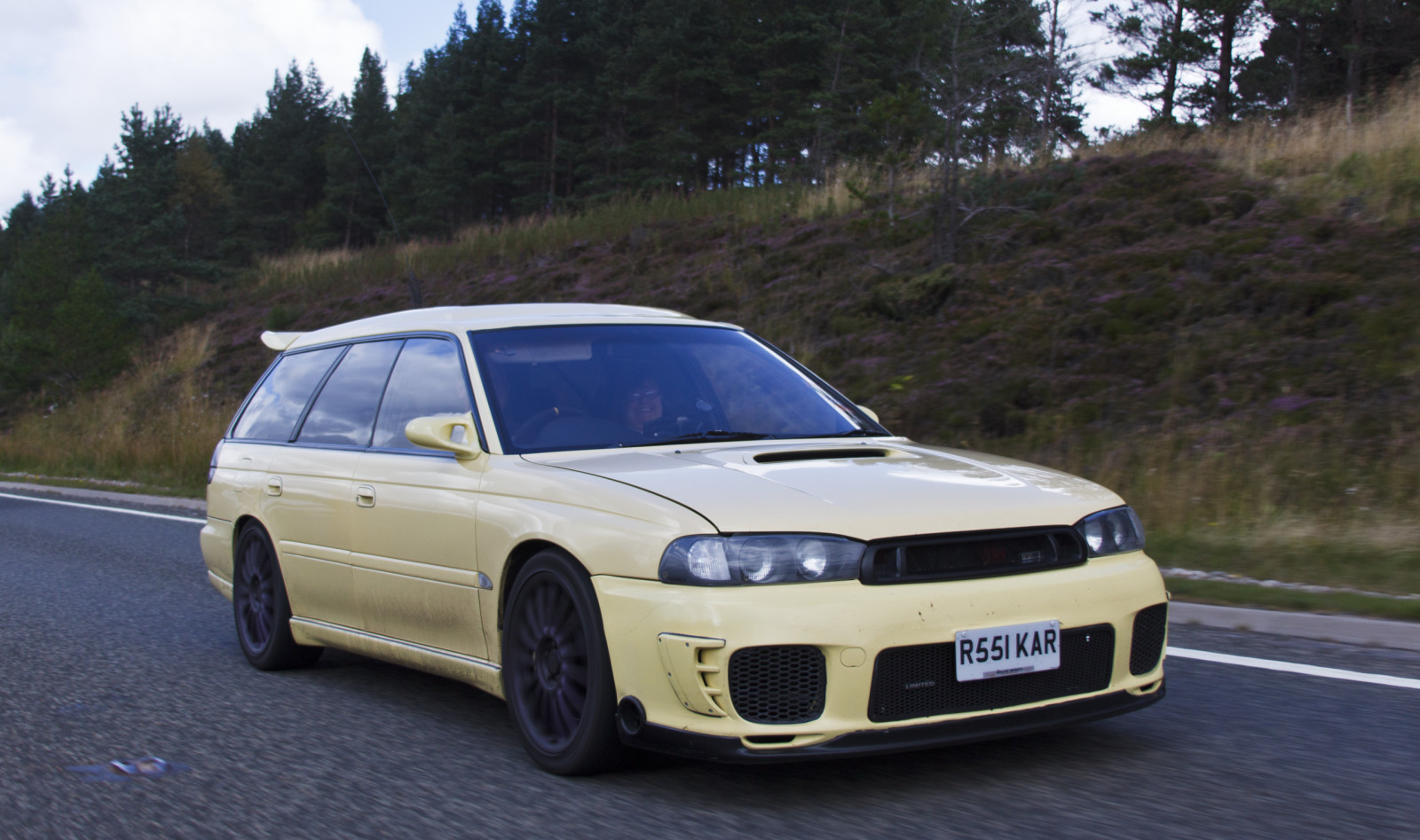 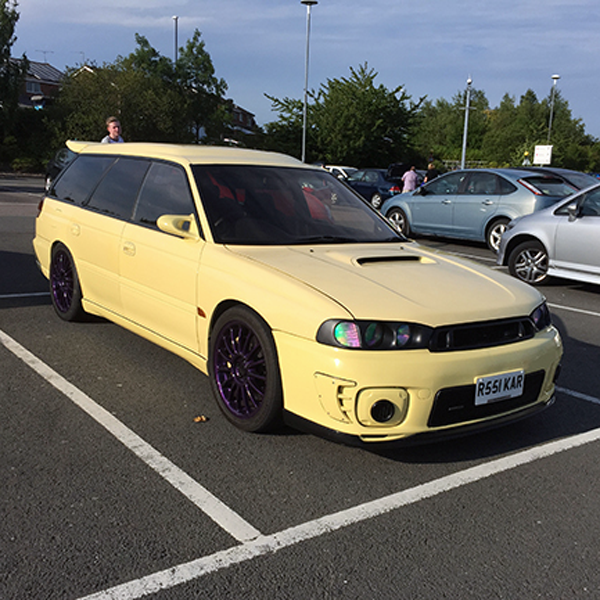 @Bip and I bought this car from a guy in Ipswich. At that time it was destined to be a spare car as we already had a few of these at the time. We were drawn to the rarity of the model. First it was a Limited model, second it was Cashmere yellow which is a bit of a marmite colour but we love it. Thirdly, it had no roof rails which meant it was probably originally destined for track use in Japan which was shown when we collected the car and found miss matched seats, carpets not fixed down and signs where a cage might have once been. We bought it knowing it might have an intermittent starting problem. I used the car as it was for several months without issue.

One day, out of the blue, it failed to start. It was obviously electrical but myself and three individual auto electricians could not find the fault so it came off the road for a while, about 2 years.

As we had another GT-B with a rotten body, it was decided to swap the entire loom. This meant the engine needed to come out to make the job easier. It was then that a plan developed to upgrade everything. Things fell into place and I acquired a 2.5 bottom end which I then rebuilt with upgraded rods and pistons. Being nitrided, it decided the crank was fine as it was. A pair of 2.0L heads were then machined to match the 2.5 bores and all polished and ported to get rid of any sharp areas in the combustion chambers where heat could build up.

It was decided that single turbo was the way to bigger power and a suitable rotated turbo kit came up with a td06 20g. Twin catch cans, parallel fuel rails with top feed injectors (currently only 660cc) were found. ESL provided the ECU, Zada Tech provided the gauges to monitor temps and pressures and Duncan Graham sorted the map with a result of 373BHP and just under 500NM of TQ.

Since then, I blew through one gearbox in Scotland and a second was suspect which turned out to be the clutch. Now it has a new Exedy clutch and a stronger '754' gearbox just fitted. Since build, its only done just over 3000 miles and am still ironing out teething problems.