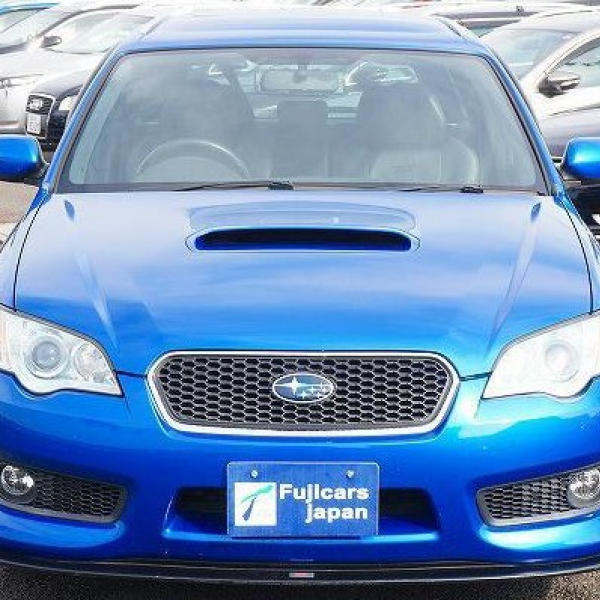 "The ‘Legacy tuned by STI 2007’ models, based on the BL/BP Legacy Station Wagon and Sedan 2.0GT spec.B were the third incarnation of the Legacy models tuned by STI. While improving on the superior driving quality of the 2005 and 2006 models, a ‘new integration between the car and the driver at a deeper level’ was achieved through a fundamental rethinking of driving theory. The newly developed Flexible Tower Bar was combined with a Bilstein damper (tuned specially for STI), with 225/40R18 tyres and new aluminium wheels to achieve flexible surface-handling performance. An STI flavour was also added to the SI-DRIVE, one of the main features of the Legacy, and for the automatic transmission model, special tuning was applied to the TCU as well as the ECU. Like previous models, Brembo 17-inch callipers were fitted for the brakes, and for the interior, Alcantara fabric was used lavishly on the seats to support driving comfort, and give more pleasure of ownership by adding a refined accent." - https://www.sti.jp/en/completecar/heritage/cardetail/2007/legacy/